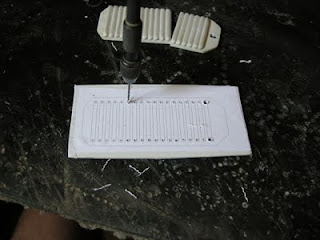 The grill found on top of the hull was first drawn in Autosketch, with the drawing glued onto some styrene the grill ends were drilled out. 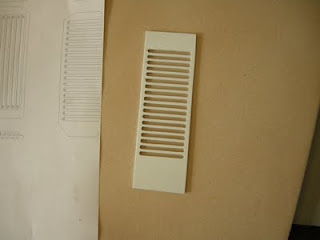 The grills were carfully cut out using a very sharp chisel then the slats were sanded using emery boards. 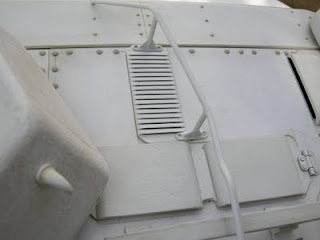 Although not shown the upper slats were glued on and when the glue had set I sanded the edges to give a better opening. 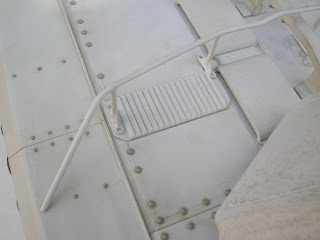 The grill as seen from above as well as some upper hull detail. 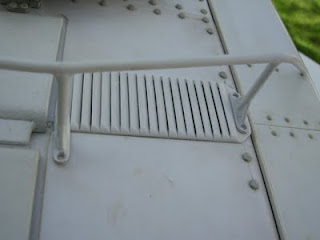 Some of the slits can be seen in this view. 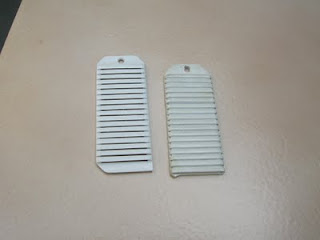 When I first made this grill I did a half hearted effort and not being satisfied with the result I decided to rebuild it doing it properly this time. Here you can see the crappy part next to the better effort. 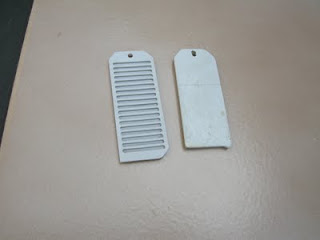 From underneath there was no slat detail at all on the old build. 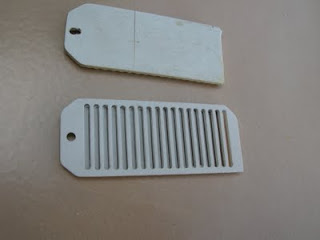 Another example of a part not being good enough that had to be rebuilt. 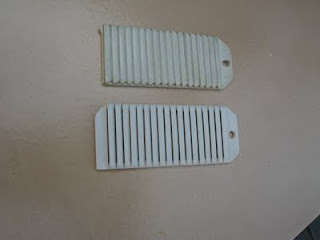