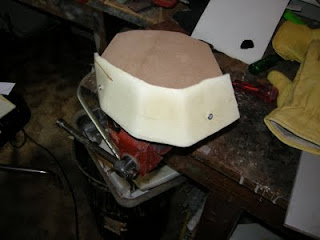 This is the first step in making the turret, the styrene is heated
with a paint stripping heat gun untill the plastic becomes pliable. It is laid against the
wooden former and pressed down to conform to the shape, it is held down with gloved hands
untill it cools and thats it. It was then screwed down to the wooden former to ensure that it doesn't move. 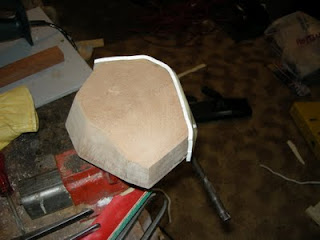 The same thing is done on the opposite side of the former. 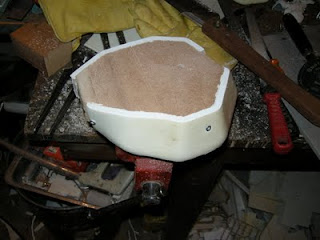 Both sides have been done  and the roof sanded flush with the wooden former, the roof plate gets glued onto these edges. 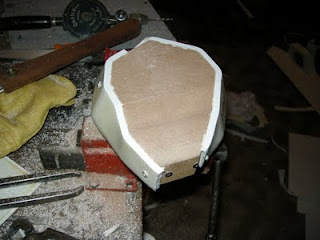 Showing the subtle curves and angles, this is actually two 4mm sheets that have been heat formed together to give me the thickness required. 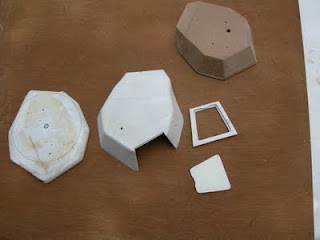 The first initial turret shell takes shape, the lower half of the turret form can be seen on the left as well as the rear hatch insert and hatch itself. 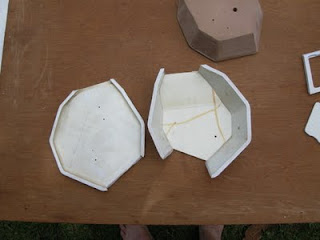 Here you can see the inner surfaces of the turret shell. 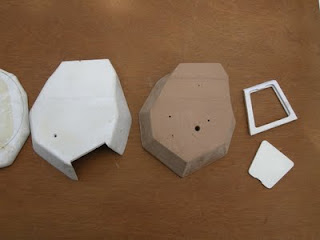 A good view of the wooden former, your accuracy of the turret depends on how accurate this has been shaped. 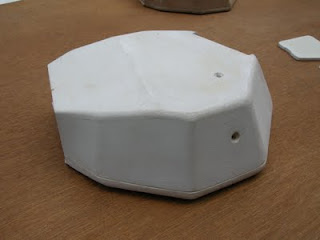 Starting to look like a turret, note the screw holes were put where openings would be cut anyway. 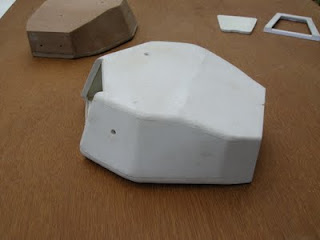 The other side of the turret. 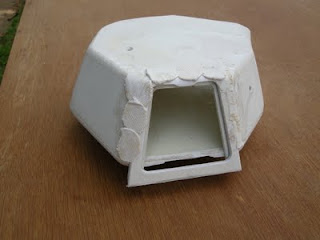 The hatch rim insert added and blended in with softened styrene, this is friction melted on a bench grinder and squashed into the nooks and crannies before it cools then glued down with MEK. 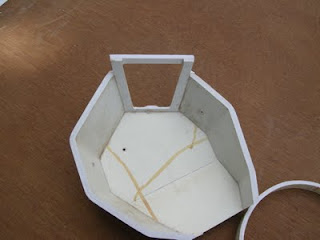 The inner view, the corners have yet to be rounded off with plastic putty. 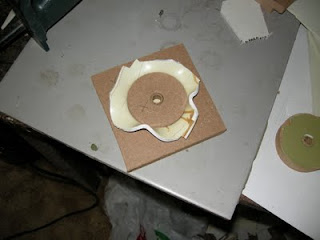 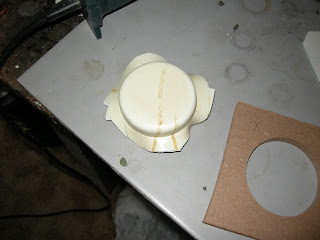 The ring will be trimmed from this part. 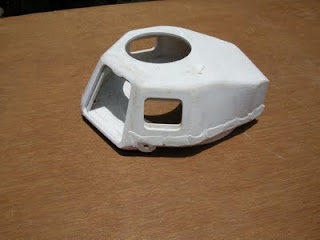 The openings have been cut out and the upper and lower halves glued and puttied. 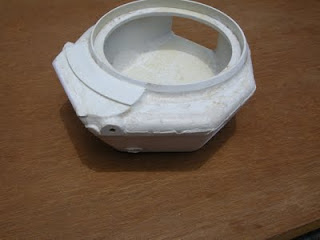 The ring and loswer details added, you can see some of the interior with rounded corners. 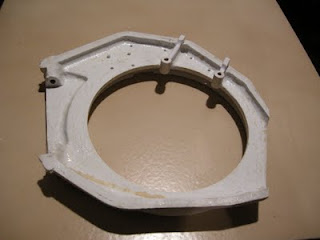 A photo of the lower turret floor before attachment ot the turret, the recesses for the turret rear hatch can be seen as well as the mounting points for the traverse mechanism. 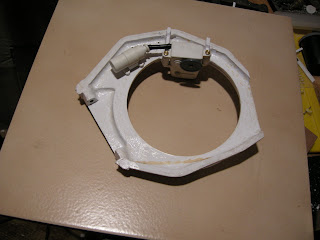 Same view with the traverse motor and gearbox added to check that it all fits. 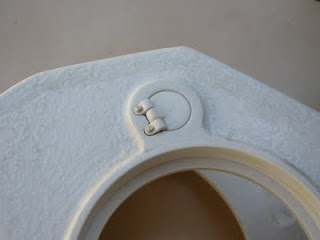 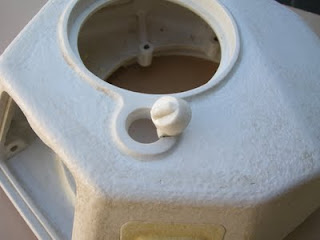 In the open position. 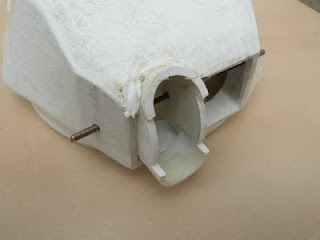 The beginnings of the turret gun aperture, made up from heat formed and scrap components. 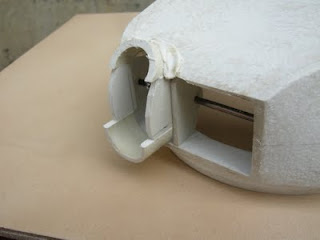 A view from the other side. 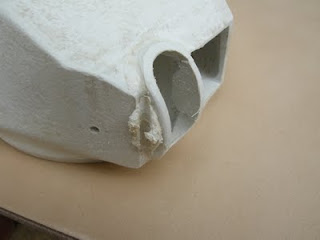 Some shaping and blending in done here. 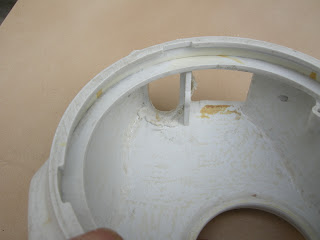 A view from inside the turret.
Posted by Stephen Tegner at 10:42