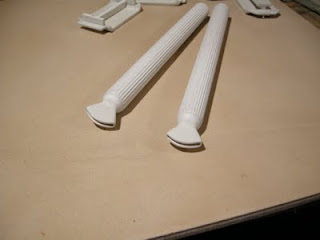 The two exhaust pipes after completion. These are two heat formed tubes with the flutes cut into them and the fishtails added. 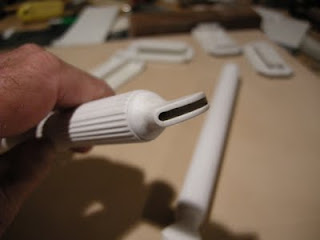 A closup of the fishtail. 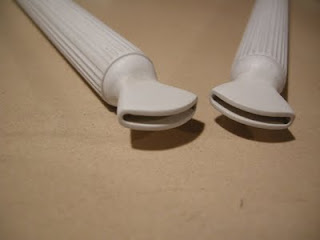 The joint between the two components was filled in with moulten plastic and blended in after cured. 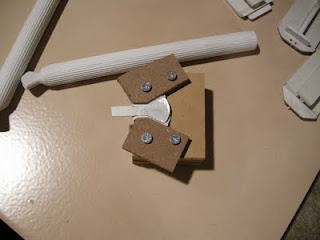 My construction method for the fishtail end pieces, two of these were heat formed and glued together. 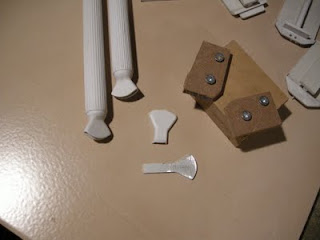 One side of a fishtail pipe is seen here. 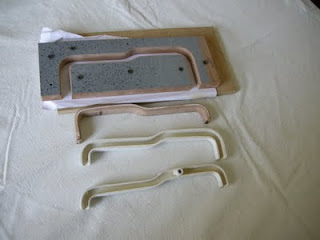 I came up with this method for the complicated ducting, I think the pictures are pretty self explanatory. 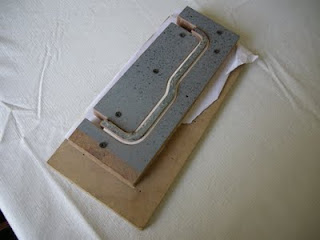 The plastic is heated up with a heat gun, the male former is pushed into the plastic which forces it into the femle portion and thats it. 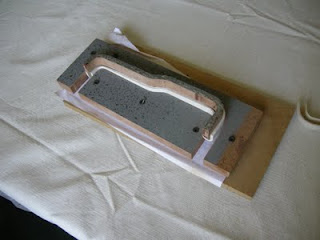 Usually the parts are quite a tight fit and difficult to remove due to shinkage.
Posted by Stephen Tegner at 03:24