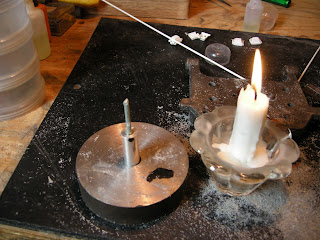 A series of photos showing how I make nuts and bolts, each one
you see on my model was made this way. Heated sprue is pushed into an allenkey bolt recess. 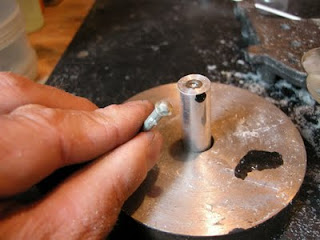 It is removed and cut from the sprue. 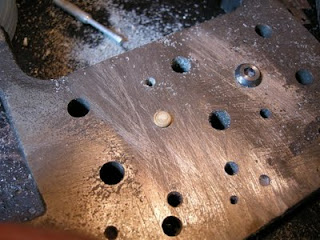 It is then placed into a jig I made, this is to remove the lip and level it off. 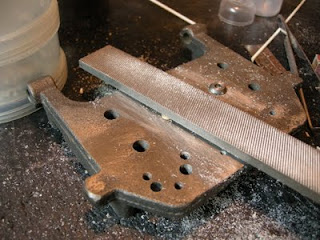 The lip is filled down to the level of the plate. 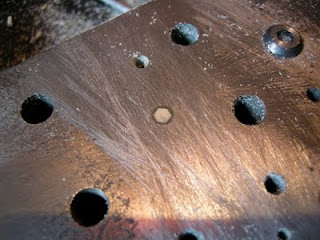 Here is the bolt nicely uniform. 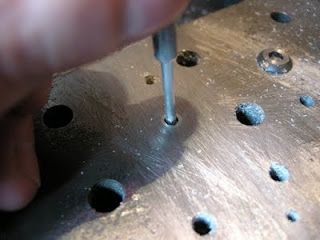 The bolt is pushed through the plate. 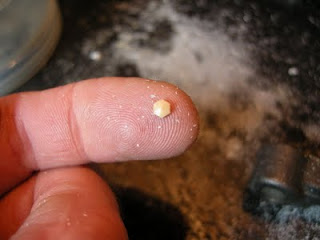 And after all that here is what were left with, the finished heat formed bolt head. 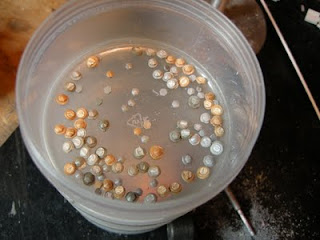 Numerous bolt heads ready for finishing off. I usually only make them as I go along to avoid tedium.
Posted by Stephen Tegner at 03:10