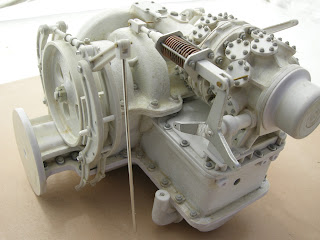 Finally after many months of lack of interest I got inspired to carry on. What I have added here are many nuts and finer details such as the shape of the gearbox as well as the mounting system for the Naeder motor. 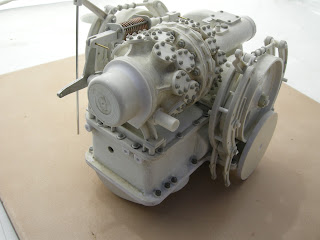 From this angle some more of the lumps and bumps that have been added can be seen. 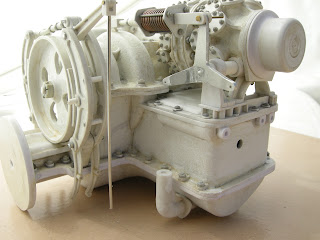 Most noticeable from this angle is the oil filler tube which has been added and the re-shaping of the lower gearbox casing. 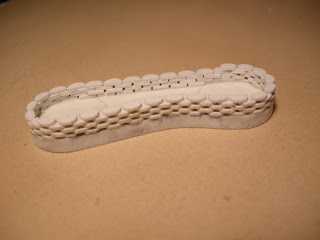 After many months of wracking my brain as to how to make the very visible Naeder drive chain I came up with this idea. Firstly I cut a piece of styrene to the shape of the path that the chain will follow, next each link was cut out of styrene and glued onto the shape pretty much like building a brick wall. Once I went around I added the next layer and so on until the full depth was achieved. 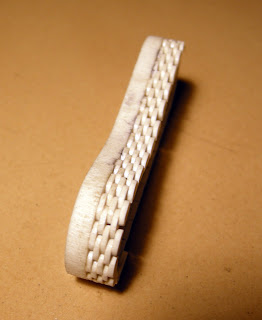 From the side you can see the contour of the chain path, it is still too narrow here but will look better when finished. 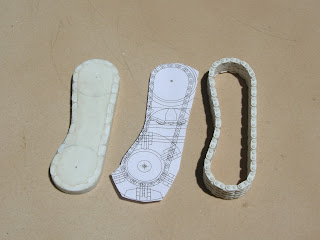 Here one can see the backing plate, the drawing of mine for the chain and the finished chain. 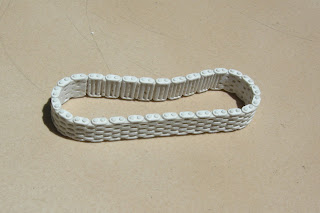 Although it's not shown once the full width has been built up the chain was carefully cut from the building plate using a razor blade, the drive grooves were filed into the solid chain once the glue had set and then the end pieces were shaped and glued in place as well as the retaining rivets. So that's how a timing type chain is made it should be mentioned that in reality these links should be a lot more thinner but I think the overall effect doesn't look too over scale. 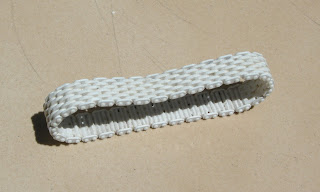 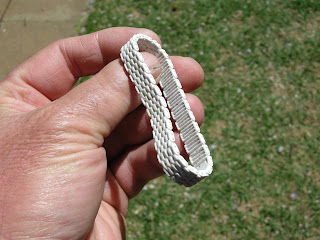 Showing the scale in my hand. 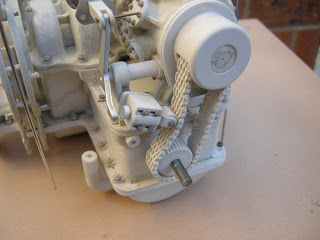 And this is how it looks when mounted onto the gearbox. Here you can see why the curve was built into the chain to accommodate the tensioning roller. 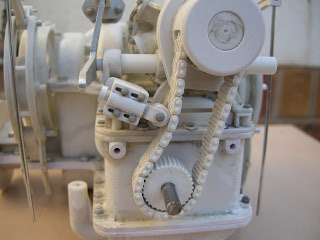 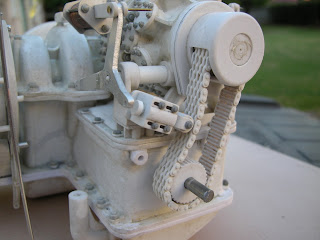 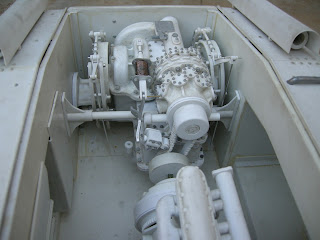 The next two images show the gearbox and all the up to date components added. 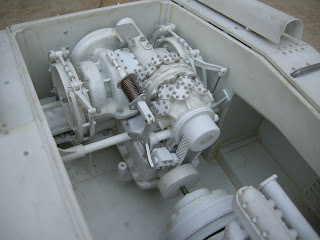 A nice view of the overall assembly so far, most of the details are small and one has to look carefully to see them. I've given up on showing my wife the progress because she just doesn't see any difference.